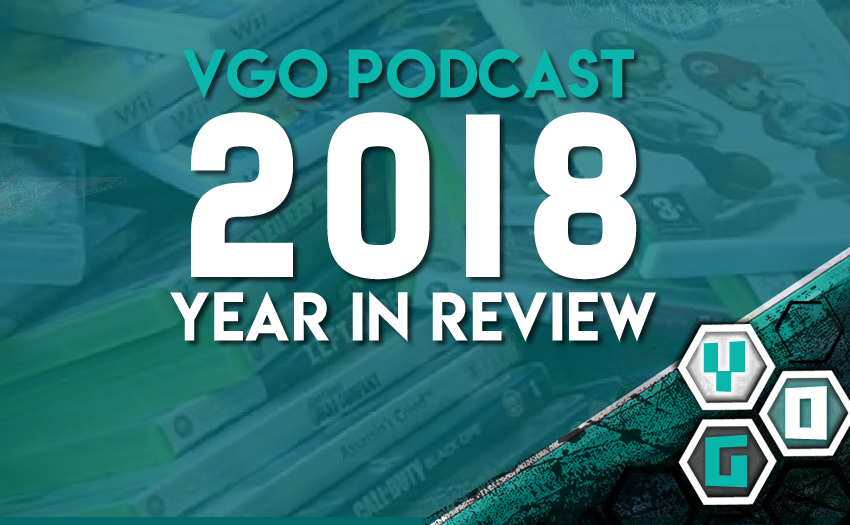 Yes, yes, we all remember the big games of 2018. The good stuff: epic tales of revenge, bombastic overacting, and hackneyed stories from Assassin’s Creed, Red Dead, Tomb Raider, and the like. Sometimes, though, it’s fun to reflect on smaller stuff.

Starting with Ep# 542, I wave a virtual flashlight on some things we may have forgotten, or maybe purposely forget about. You know, like that time John didn’t cut off Matt’s 10 second spotlight. Oh, wait, that never happened. In any case, here’s some stuff that DID happen in 2018 and some lists.  If the internet has taught me anything in 25 years, it’s that people love lists.

Most talked about games:

Michelle list:
Yeah, Rainbow 6, Farcry5, WoW, Spider-Man, God of War, House Flipper – we all know those but do you remember any of these?

John played a little bit of Fortnite, PUBg, Division, Wildlands, Forza,  Battlefield, CoD, and a lot of crap on the Switch, but flashback to some of these gems:

Forgotten Games (or ones we wish we could forget):

Dumb news we forgot about:

Michelle: Water and it’s flavored variations topped the chart again, but she can’t shake that sweet tooth for the cola nut with 1 Pepsi, 5 Cokes, and a Zevia Cola, and some hot chocolates for good measure.  And WTF is watermelon-basil water?

John: Matcha seals the deal for John in the second half of 2018.  The first half was a lot of spring and sparkly water, with some IPA’s and a few Virgil’s for shits and grins.  Thankfully, he’s cut down on the Monster and RedBull, though.  He only snuck a few of those in this year.

More things we wish we could forget:

And there it is – a forgettable 2018. Never forget that Galaga isn’t for c*nts.

Hopefully we can forget about peak Toxicity in 2019, yes?

A Most Interesting VGO 2017