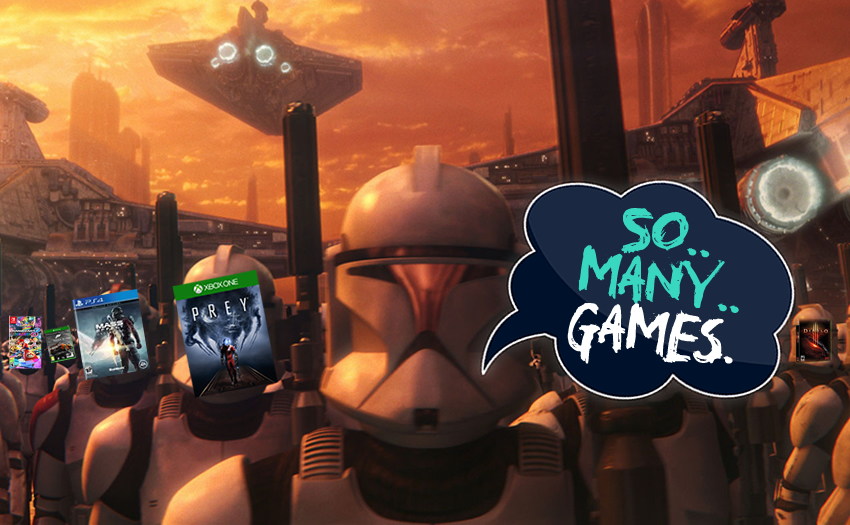 Community Spotlight #2 – Attack of the GAMES!

@VGOPodcast @CoastalMichelle @blkdog7 have y’all ever felt like you just want to take time away from gaming because you have to many games?

Michelle: For me it’s been the opposite, sometimes I want to take a break when I feel like there is just nothing decent to play. Now of course, that sentiment is wrong… because there is ALWAYS something to play, even if it is an old gem that I might have missed. I do definitely get in gaming modes and moods – where I just want to consume everything from a particular genre, company, or system, or where I simply feel bored and let down with everything. Whenever I get in one of my gaming ruts, I normally throw myself into something else, like music, writing, being active at the beach, or even taking the shot to binge on Tv shows, or go see movies I have been eying (recently saw Ghost in the Shell and I liked it, but it mostly just got me wanting for more Sci-fi i.e. the new BLADE RUNNER coming soon with John’s love, Ryan Gosling).

John: “Well… I never felt like I wanted to take a break from gaming because I had too many games. That’s never happened. But, I have for sure decided that I didn’t want to pay attention to new releases because I had too many games already. We live in an exciting time right now where we have amazing new releases all the time. It’s easy to lose excitement about the game you bought two weeks ago to play the latest game today. I’d love to just stop paying attention to new releases so I can enjoy what I have already. So many games!”

How about you guys? Will go over some of these on air.